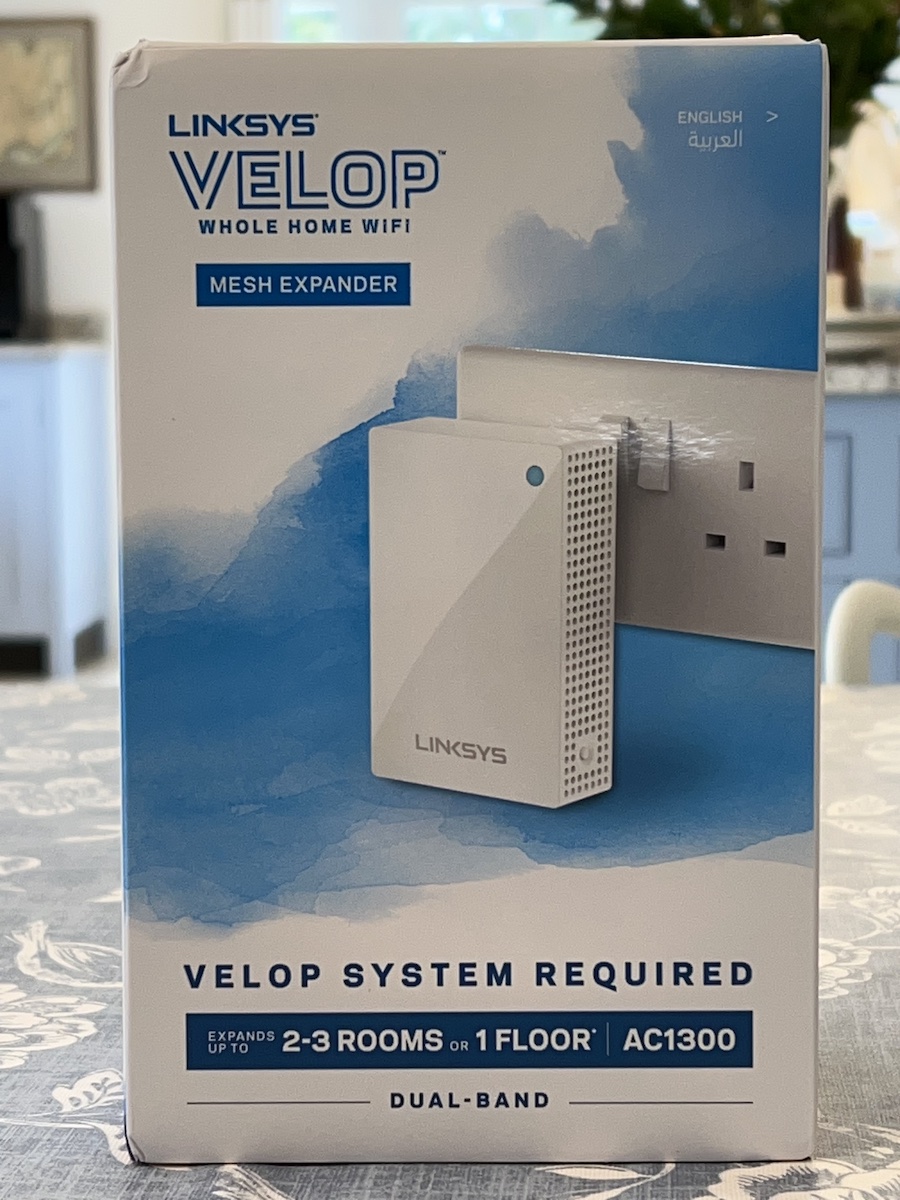 The Velop system from Linksys has become a popular addition to homes all over the world. Since its initial release, however, many of us have found the need to extend our mesh systems that bit further.

In this Velop Mesh WiFi Extender review, I evaluate Linksys’ solution for this issue as well as walking through the setup process.

To be clear, this is an item that you would not want to buy if you did not already have a Linksys Velop Mesh Wifi system already in place. The idea behind the Extender is to provide a fast way of adding on to what you already have to get extended coverage.

Now that’s out of the way, let’s find out how to set it up and see if it works well.

Unlike the main system, this Extender is smaller than the nodes that come with wires that lead to the main units. This is plugged directly into the power plug.

While it is a little on the bulky side for managing this, if you have enough clearance around your power socket then all will be well.

Here are my tips for setting up the Mesh Wifi Extender without any problems:

From here, follow the simple instructions. The great thing about Linksys is that if you ever get into trouble, they have a really good support phone line. I think the people there are based in the Philippines and their English is excellent (I’ve spoken to them many times).

I’ve had quite a bit of experience now with these products. Keeping the following in mind may well save you some frustration:

As per above, you will want to place the Extender very close to the parent node during setup. My other pearl of wisdom is to make sure that you keep the mobile phone that you’re using to do the setup within close Bluetooth range of the Extender (no matter how tempting it will be otherwise to walk off).

Once the setup routine has been completed, the Extender will show a solid blue light. Instead of immediately unplugging it, leave the Extender in situ for a further couple of minutes to ensure that everything is fully settled in. Networks can be temperamental sometimes!

Then, you’re free to unplug and move to the area where you want to have your extended WiFi coverage.

The Extender comes with all of the same features that come in the main Velop Mesh system, including parental controls. It would be disappointing if it didn’t, really.

Does it anything more, though? In a word, no. It is designed to extend the network into new places and that’s all it does. Not a lot to say here.

What this Extender gives you is a cut-down version of the main node but one that can’t be used as a parent node. I imagine that this is the reason that they can be made to be a bit smaller than the original three nodes that come with the Velop system.

Linksys recommends that you have up to a maximum of ten nodes in a Velop system. By that logic, you could add up to seven of these Extenders to add to the original three.

When it’s in place, the Extender acts in exactly the same manner that the other child nodes on the Mesh network do. I’ve not experienced any problems with the one Extender and so far it’s worked as expected.

I will report back to this Linksys Velop Mesh Extender review if anything changes or if I decide to test it with more than one Extender. If you can see nothing more here, then it’s a sign that the Extender continues to work well and is trouble-free!